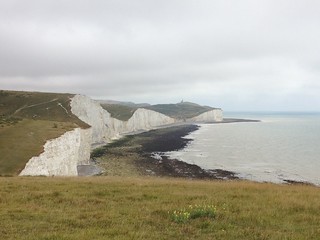 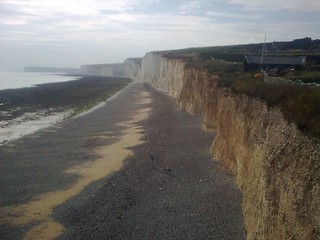 Birling Gap is a very long but narrow shingle beach below tall and fast eroding white cliffs. Access is via a tower staircase by an NT carpark and cafe. It is situated to the south of Eastdean, near Beachy Head in East Sussex. The nearest large town is Eastbourne. Naturists have traditionally used parts of the beach further west (i.e. to the right if facing the sea) from the access point.

Take the A259 from Eastbourne or from Seaford. On reaching Eastdean turn south on to a minor road to 'Went Hill' and 'Birling Gap'. When you get to the coast, the beach is accessible from the NT pay car park down an iron staircase. Since non-naturists don't venture far from these steps, a walk of no more than 500 yards along the beach (to the West) will take you to the area traditionally used by naturists.

The beach is comprised of large pebbles with occasional patches of sand and backed by chalk cliffs. It is not overlooked and attracts few walkers. In the past the beach has been closed owing to cliff falls. The cliffs are fast eroding, which is how they're white - don't sit too close!

A visitor described the beach as:

"very clean" and "in a beautiful setting, the white chalk cliffs of the seven sisters behind you afford great views down the coast"

Safety and ease of swimming depends upon the state of the tide, owing to rocks which make entering and leaving the water difficult. Around high tide (when the rocks are well below the surface) or at low tide when the rocks are visible are the safest times:

"there is a shallow platform of sharp rocks... the waves push you back onto them (I've got the cuts to prove it!)"

Even at the height of the season the naturist section of Birling Gap is relatively quiet, with a mixture of couples and singles, the predominant age group being 40-50's.

"Another positive is that the beach allows you 30-45min walk up the coast over the pebbles to the headland, where a new bay begins.. I only passed three clothed couples beach walking, and to avoid confronting them, I sat down behind a boulder and waited until they passed... I would definitely recommend Birling Gap..."

Birling Gap made the news because local residents are campaigning for work to be undertaken to protect their properties from the on-going coastal erosion, while the National Trust feel that nature should be left to take its course. Thr row of houses by the car park is slowely falling into the sea.

There is an NT tea-room / pub, and toilets are available in Birling Gap.

Reported to be good. 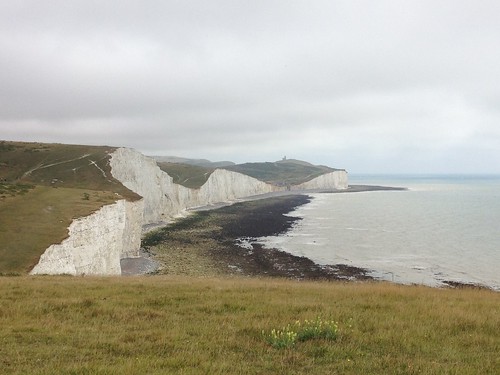 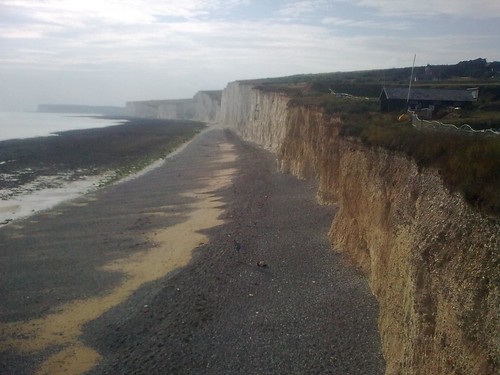