The steep-sided hills above an attractive village in the Darent valley. 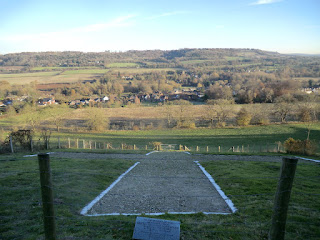 Above the Shoreham Cross 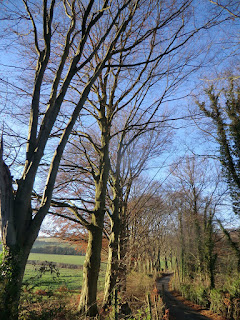 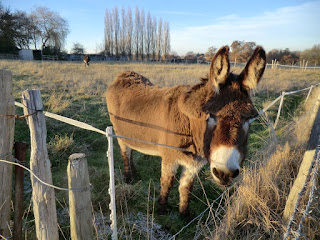 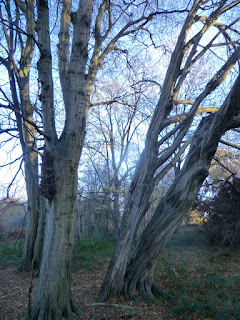 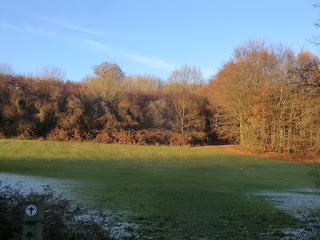 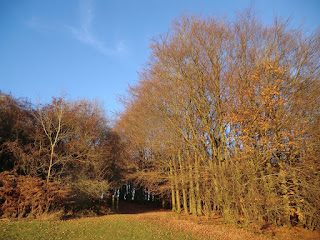 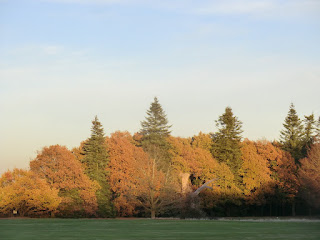 If you are doing the Alternative Walk or the Short Walk (south), start at [?] in §F.

There are many possible routes through this country park, although the waymarked trails through the woodland lead directly to the Visitor Centre rather than Lullingstone Castle. For a longer route you could follow the waymarked Lullingstone Loop in a clockwise direction all the way around the park's northern perimeter.

If you are doing a Short Walk, complete the directions at §Q.

The route into and through Otford is essentially the same as Walk #59.

If you are doing the Alternative Walk, go to §K.

For the next 4 km you will be following the longer afternoon route of Walk #59, as well as weaving in and out of the Walk 1–23 route.

Complete the directions at §Q.

You will be following the shorter afternoon route of Walk #59 into Shoreham and then on to Lullingstone Park.

You could pick up a leaflet showing the waymarked trails through Lullingstone Park at the Visitor Centre. The suggested route follows parts of these trails: a children's Discovery Trail, the Woodland Walk and the Lullingstone Loop.

The main route climbs gently along the hillside to the Shoreham Cross before descending into the village, but for a slightly easier route you can take the short cut in [?].