A beginners guide to safely climbing the highest mountain in England and Wales. 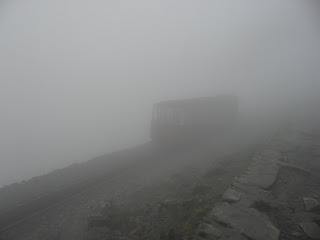 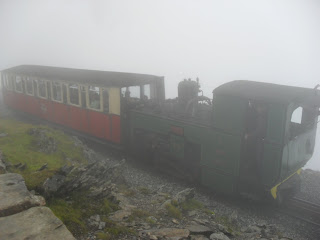 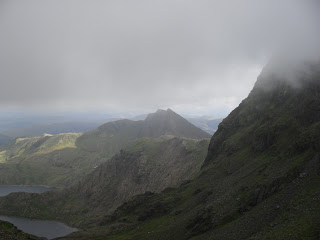 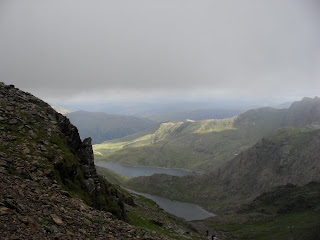 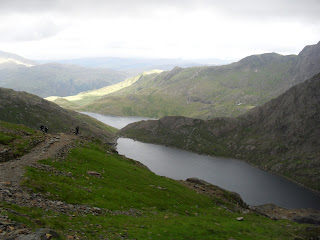 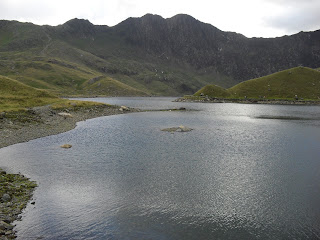 Pen-y-pass has an expensive (£5) car park, which fills up very early at summer/weekends/school holidays/good weather so get there early - before 8am on a sunny Saturday in August. Just north of here (about 1 km down towards the coast) is a spot where you can park completely off the road (free, £1 by bus back to the start). There is a park-and-ride in Nant Peris (about 2km north down the pass towards the coast, £4 plus £1 each way on the bus, every 20 mins summer, weekends, and school holidays. Or south of Pen-y-pass, at the A4086/A498 junction, you can park completely off the road, but a walk or less frequent buses

This is the easiest of the paths. It is very well maintained. Route finding is very easy, even in fog. Suitable for children

This is a shorter but steeper than the Miner's Path.

To descend this way from the summit, follow the railway line, after 600m, at the first post, descend steeply downhill. Carry straight on at the second post.

The Snowdon Horseshoe is regarded as one of the finest walks in the country. Be warned, that this involves scrambling, i.e. not climbing but you will need to use your hands. Crib Gosh is a knife wide arête, and there are steep drops on both sides. Even experienced walkers have died here, or become cragfast (i.e. so frightened they cannot move). People are rescued here every year - do not attempt if you are afraid of heights, in snow or ice, in rain, in high winds, or with children, or are tierd at the end of a 3 peaks challenge. Do not go down this route - the arête is 'one way'. Do not under estimate this route, especially in not perfect weather. Having said that, its so popular you will have to queue at the start of the rudge at busy times. Do not stress or hurry the person in front of you - after all, there's no hurry, you have a fantastic view to enjoy.

This is the 'down' leg of the Snowdon Horseshoe, but you can go up this way - it has a non-scary ridge to traverse.

Up : Follow the Miners track, pass the first lake, but turn left just before the causeway over the large lake

Down : Head SW from the summit trig point, then descend steeply SE. At the junction go straight on around the rim (not steeply down)

The most popular single path, though more people start at Pen-y-pass with its 3 paths. Longer but less steep than the above, it basically follows the railway line the whole way..

Down: Follow the path just above the railway line. The first post/monolith marks the start of the Pyg/Miners tracks. At the next junction, go left (right is the dangerous Crib Gosh route - If the path starts to climb again to a summit - go back - it is the wrong way

This path starts on the A4085 by the Snowdon Ranger Youth Hostel and Welsh Highland Railway station.