Easy walk beside the Great Ouse river to the attractive village of Houghton and its restored water mill, returning through water meadows and a nature reserve. 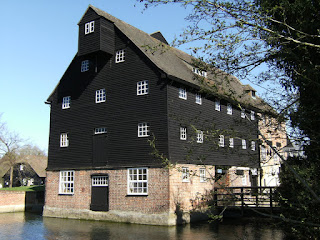 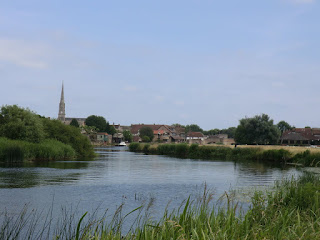 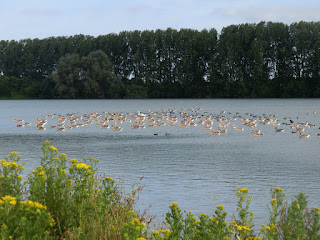 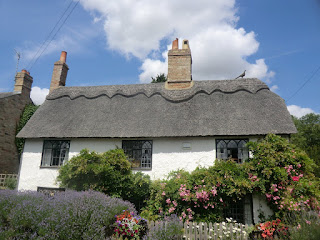 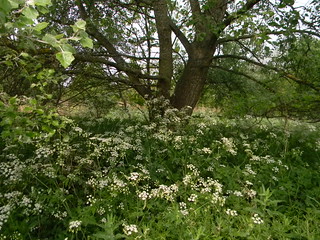 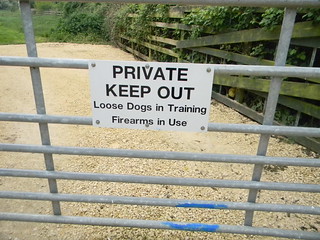 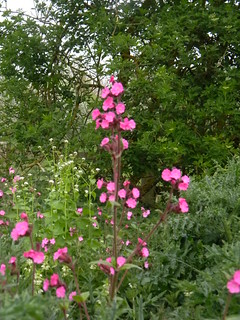 The layout around Huntingdon Station is changing, with a new car park being laid out following the demolition of the viaduct which used to carry the A14 (the trunk road has been rerouted to bypass the town).

The full route in this central section of the walk is a clockwise circuit of Houghton Meadow to the south-east of the village, returning alongside the river. For a shorter walk you can cut out this loop entirely with the direct route below, or take one of the short cuts mentioned further on.

Continue the directions at §I.

Take the alternative route in [?] if you want to visit the up-market pub in this village, The Cock.

You could cross this large meadow on the public footpath, initially along its right-hand side and then bearing left towards the Dolphin Hotel, but the suggested route is to go around its left-hand side on a permissive path alongside the river: this slightly longer route provides a fine view of the town.

If you want to make a clockwise circuit of Houghton Meadow, take the longer route in [?].