Close to London, this walk combines stretches of both The North Downs Way, and the Greensand Way. 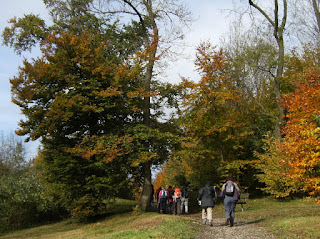 Autumn on the North Downs Way 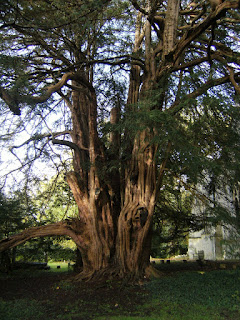 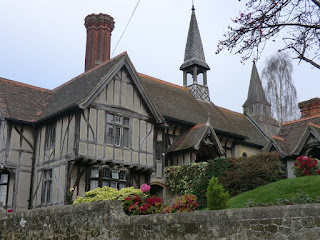 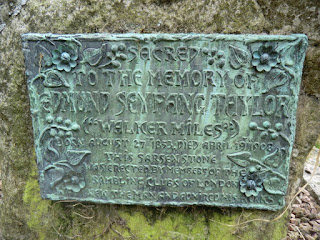 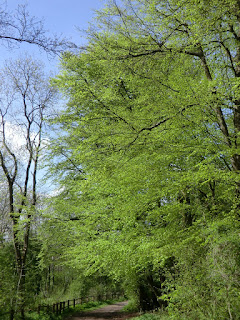 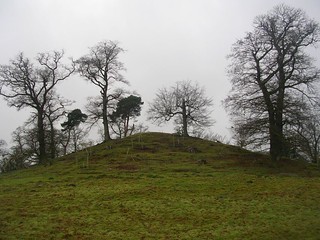 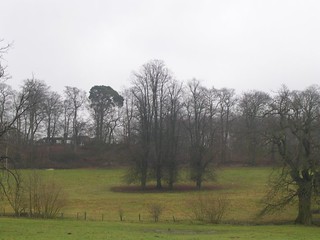 If you are doing the Short Walk (or the alternative morning route on the Main Walk), start at §C.

Some of the minor paths through this Open Access Wood have been closed to prevent the spread of Ash Dieback, but the suggested route is on main paths and unlikely to be affected.

If you are doing the Short Walk (omitting Godstone), go to §J.

If you want to visit Godstone Vineyards (which has a cafeteria), follow the detour in [?].

This public footpath has sometimes been closed for repairs, hence the directions for a (less picturesque) alternative route in [?].

If you are doing the alternative afternoon route (via Broadham Green), go to §N.

The main route to the station in [?] loops round via Oxted Mill on Spring Lane, but if you are in a hurry you could take the short cut along roads in [?].

If you are not doing the Tandridge loop, complete the directions at §O.

If you want to visit the Barley Mow, follow the directions in [?].